A Brief History of Monteverde at Oldstone

Oldstone was built by the Van Cortlandt family circa 1760. Stephanus Van Cortlandt was the first Lord of the Manor of Cortlandt. Son of Oloff Stevense Van Cortlandt who had come to New Amsterdam in 1683, Stephanus (1643-1700) , following in his father’s footsteps, became a wealthy and influential citizen and was the first native born mayor of New York City. Having been granted the right by King William III to purchase land from the native Indians, he eventually acquired 83,000 acres on the east side of the Hudson River and 1500 acres on the west side, directly across from Anthony’s Nose. The manor’s acreage ran from the Croton River then north ten miles to the dividing line between Westchester and Putnam counties and thence east to the boundary of Connecticut and also included Iona Island.

After the death of Stephanus in 1700 and his wife Gertruyd (Schuyler) in 1719, the manor lands were eventually divided amongst his eleven surviving children in 1734. Great Front Lot #10 also known as the “Anthony’s Nose Lot” was inherited by Stephanus and Gertruyd’s ninth child, Gertruyd Van Cortlandt Beekman. It was during Gertruyd’s ownership that the house was built on this lot fronting the Hudson River. Gertruyd died childless in 1777, leaving the property to her great-nephew Gilbert Van Cortlandt, who was the son of her nephew Pierre Van Cortlandt. Pierre served briefly in the colonial forces during the American Revolution in spite of effort by the British officials to ensure his loyalty to Great Britain. His primary work was to form the political structure of the state during the war. He served as the head of the convention that wrote the first state constitution in Kingston, New York, and then was its first Lieutenant Governor until 1795 when he was succeeded by his long time friend and business associate Governor George Clinton. 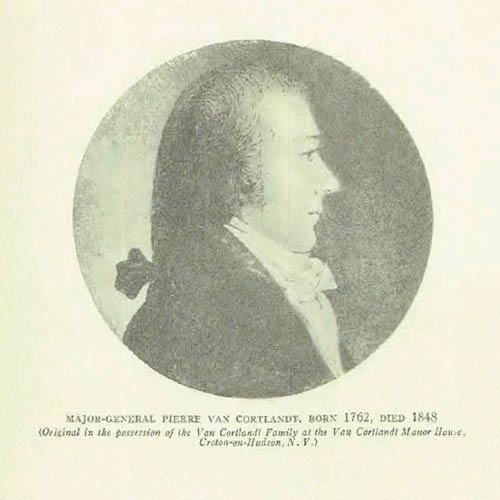 A portrait of Gilbert van Cortlandt.

Upon Gilbert’s death in 1786, the property then came under the ownership of Gilbert’s brother, Pierre Van Cortlandt Jr. Pierre Jr. studied law under the tutelage of Alexander Hamilton and went on to become a leading political figure as a U.S. Representative of New York.

Pierre Jr.’s son, Pierre Van Cortlandt the third, inherited the Great Front Lot #10 in 1848 upon his father’s death. The 1200 acres of this lot was eventually divided into separate properties with Oldstone and its surrounding 26 acres being sold in 1854 to Louisa Sophia Ludlow, a granddaughter of Carey Ludlow, one of early New York City’s wealthiest and most influential citizens. 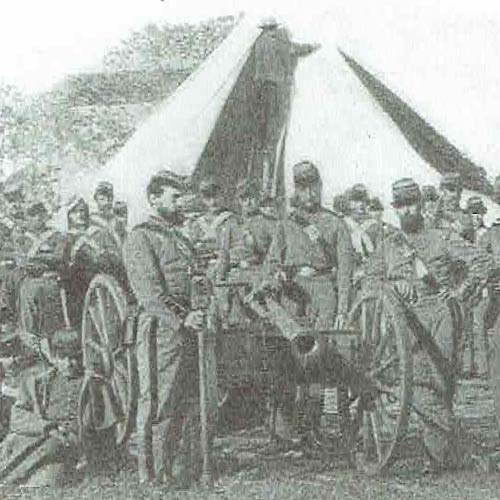 The Ironsides after reaching Washington in April 1861. 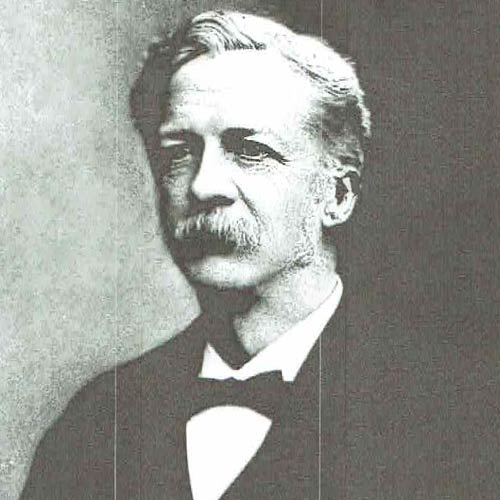 Louisa died unmarried in 1876 at Oldstone and devised the mansion and acreage to her nephew, Louis W. Stevenson, son of Louisa’s oldest sister Eliza. Louis’s paternal uncle was Hugh Maxwell, District Attorney for the City & County of New York from 1823 to 1829. Louis served during the civil war, first as a private with the 7th New York Militia in 1861, and then as a 2nd Lieutenant in the 176th New York Infantry Regiment, also known as the “Ironsides.” After being wounded at Brashear City, Louisiana and surviving imprisonment, Louis returned to Oldstone to live with his Aunt Louisa for a year and a half to recuperate from his injuries. He then moved to Galveston, Texas to work for the Freedman’s Bureau and then the Mexican National Railway, until his sudden death in August of 1887.

Louis left Oldstone to his sister Emma Stevenson, who had come to live in the mansion in 1876 upon the death of her Aunt Louisa. Emma remained a spinster and lived in the house until her death in 1899. A month before her death, the house was sold in bankruptcy proceedings to Henry Jackson Morton, also a direct descendant of the Ludlow family.

Henry J.Morton, a leading scientist of his day, then sold the house in 1901 to Ernest & Jeanie Slocum. Mr. Slocum, a property developer, bought the house as an investment and after making some improvements to the mansion the house came under the ownership of Oscar & Catherine Greenhalge in 1903.

The Greenhalge’s lived at Oldstone until 1905 when they then sold the house to a theatrical couple, Maude Beckwith Boag and her husband William. Maude and William were both actors who performed on Broadway. William also worked for many years as stage manager for the famous David Warfield.

Collin Kemper, actor and theatrical producer, purchased the mansion from the Boags in 1914. Collin was partner with Lincoln Wagenhals, the duo forming the famous and influential theatrical production company of Wagenhals and Kemper. The partnership, at first known for their Shakespearean productions, went on to have smash hits on Broadway such as “Paid in Full” and “The Bat.” Collin made extensive renovations to the mansion and in 1915 married the beautiful actress Louise Brega who acted under the name of Hope Latham. Hope had played a starring role in one of Wagenhals & Kemper’s most successful plays, “Seven Days.” The couple lived in the house until 1942 when it was then sold to Harold Hopkins Guile and his wife, Gladys Sullivan.

Gladys, who was the Travel and Aviation Editor of the Brooklyn Daily Eagle, and Harold, brought about major change to Oldstone. No longer was it to be a private residence but instead would be re-invented as an inn called “Oldstone on the Hudson.” The Sullivans remained as owners until 1952 when the property once more changed hands, this time to partners John & Ruth O’Neill, Gerard & Clara Zopf and Bernice Strecker. The house was owned by these individuals for one short year when it was then sold to Martha & Frank Matzner in 1953.

Frank and Martha, Austrian Jews, had fled Germany to England and thence to the United States prior to the end of WWII in 1945. The couple operated the mansion as an inn and restaurant until 1966. During their ownership, Martha also ran a successful “bespoke” dress shop in Manhattan, commuting to Oldstone on the weekends. President Eisenhower visited Oldstone in 1955 while attending his West Point reunion. Frank died in 1962 and the restaurant was leased to Mr. Gordon Cummings. 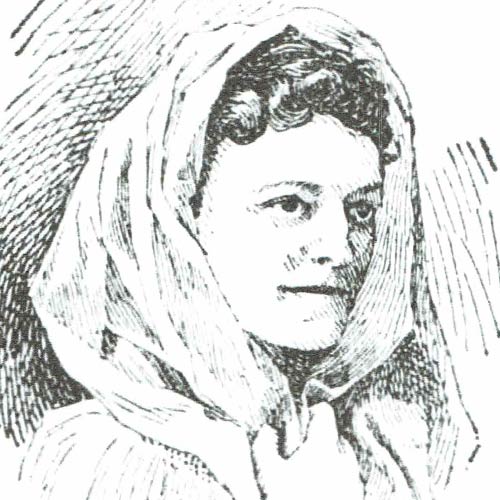 Gordon Cummings purchased Oldstone from Martha Matzner in 1966 and continued to operate Oldstone as a successful inn and restaurant, featuring “Scottish Menu” nights. 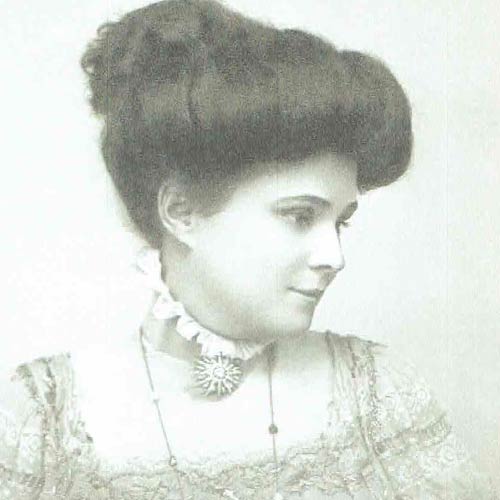 1975 brought about another change in ownership. Giannina Pradella and Milan Olich acquired the property and changed the name to “Monteverde at Oldstone” in honor of Giannina’s Italian heritage. The couple chose to make the mansion their home while they operated the downstairs as a very successful restaurant for twenty years, featuring fresh seasonal produce that they grew in their gardens on the property.

Richard Friedburg purchased Monteverde in 2005. The mansion was used as an event venue and spa until 2009 when the property went into bankruptcy.

Arlene and Brent Perrott of Harrison purchased the property in 2011, saving the beautiful stone mansion on the Hudson River from destruction. The Perrott’s team of master craftsmen have laboured to restore Monteverde at Oldstone to its former grandeur.

*Other information on “Anthony’s Nose Lot.”*

Monteverde is Shown by Appointment Only